The Rovinj Half Marathon is staged in one of the prettiest towns on the Istrian peninsula in Croatia. Nevertheless, it's a small event with just about 100 runners in the half marathon and around 50 participants in the supporting 5K run. 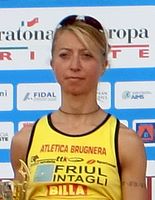 Running is not a popular sport in Croatia's coastal regions, and the capital Zagreb is 250 kilometres away. Last year, less than 30 per cent of the half marathon finishers were Croats. Most participants came from neighbouring Slovenia and Italy.

Starting and finishing on Rovinj's main square, the race follows a multi-terrain course on roads and trails along the coast and through woodland and fields. The route consists of two loops, one to the north of Rovinj and one to the south.

Start and finish: on the main square (Trg Maršala Tita)