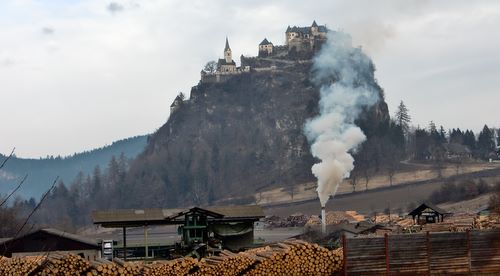 The Hochosterwitzlauf is a small but immensely scenic hill running event in Austria's state of Carinthia (Kärnten). It takes runners up to Burg Hochosterwitz, an impressive medieval castle that stands dramatically on top of a 175-metre-high rock.

The route is 8.1 kilometres long. Start is in the village of Launsdorf. Participants run on asphalt and dirt roads, mostly through farmland. The elevation gain from start to finish is approximately 240 metres.

On the way up to the castle competitors run through a succession of 14 fortified gates. The finish line is on the castle's central courtyard.

You get: bus service from the car park at Burg Hochosterwitz to the start (before the race, 8.00-9.30); transport of personal clothing from start to finish, a present, entry into the post-race prize drawing; reduced entry to the castle for friends and families