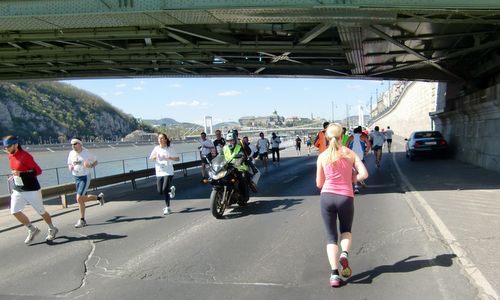 The Budapest Half Marathon (Hungarian: Budapest félmaraton) is a hugely popular road running event that attracts a crowd of well over 10,000 participants.

Held annually in September in Hungary's capital city, the event offers a half marathon, a half marathon relay race for teams of two or three runners, and a 2.3km fun run.

The start/finish area has been moved from the City Park (Városliget) to the Lágymányosi Campus of the Eötvös Lóránd University (ELTE) which is situated on the right bank of the Danube, a bit south of the city centre.

The route takes the runners along both banks of the river, passing a large number of Budapest's best sights. The course is mainly flat.