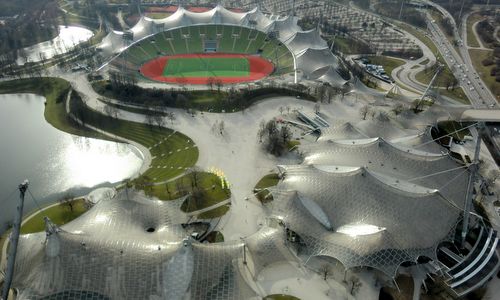 Held annually in October in the city of München (Munich), capital of Germany's state of Bayern (Bavaria), the München Marathon is a highly popular road running event that attracts runners from all around the globe.

The last edittion of the event, which took place in 2019, saw more than 17,000 compete in these four races:

In order to avoid overcrowding on the course, the races are started one after the other.

Start and finish (see map below):

The 10k race, the full marathon and the marathon relay begin and end in the Olympiapark in the north-western part of the city, starting on Coubertinplatz in front of the Olympiastadion (Olympic Stadium), which was built for the Olympic Games 1972. The finish line is on the athletics track of the stadium (pictured above).

The half marathon is a point-to-point race that begins in the Englischer Garten, Germany's largest urban public park, and finishes, like the other races, inside the Olympic Stadium.

The race course is mainly flat and fast.

Participants in the 10k race run the first five and the last five kilometres of the marathon. The route takes the runners out and back to the Siegestor, a triumphal arch in the northern part of the city centre.

Half marathon runners run the second half of the marathon course which loops through the city centre and passes many of Munich's outstanding sights, including the magnificent Neues Rathaus (New Town Hall) on Marienplatz, the main square (pictured below). 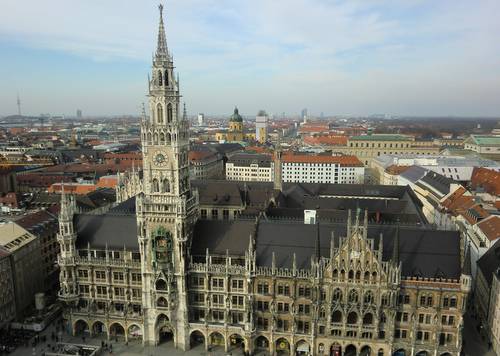