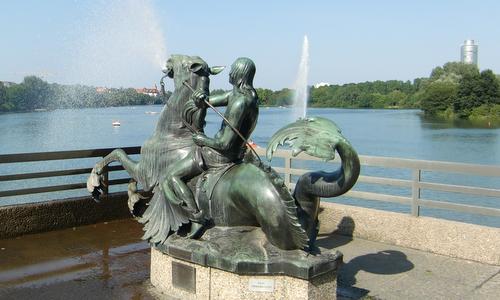 The Nürnberger Silvesterlauf (‘New Year's Eve Run Nuremberg’) is a running event held annually on 31 December in Nürnberg (Nuremberg), a city of over half a million people in Germany's state of Bayern (Bavaria).

The 5k race is one lap and the 10k is two laps around the Wöhrder See, a reservoir in the eastern part of the city.

Starting at the ‘Café Tante Noris’ on the northern shore, the course is mostly flat following asphalt paths through parkland surrounding the lake.

Steeped in history, Nürnberg is a lively university city and well worth a visit for its many reminders of its turbulent past, its outstanding museums, its beautiful half-timbered buildings and its culinary delights.