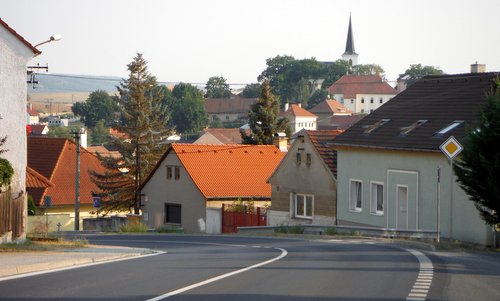 The Půlmaraton Plzeňského kraje (‘Plzeň Region Half Marathon’) takes place in the Plzeňský kraj (Plzeň Region) in the Czech Republic.

The race begins and ends at the modern Škodaland sports complex which is situated at a reservoir in the southern part of Plzeň (Pilsen), the city where Emil Škoda founded the Škoda Works in 1859, and which is well known for its outstanding Pilsner beer.

With a difference of almost 100 metres between the lowest and the highest point on the course, the route is rather challenging. Overall, the half marathon includes 373m of ascent and 373m of descent. The course is accurately measured and certified.

The route runs through rural areas and villages between Plzeň and the town of Dobřany in the Okres Plzeň-jih (Plzeň-South District).

In addition to the half marathon, the event offers two more road races (approximately 5km and 10km long) as well as a number of children's races.

The 10k is two laps. All routes will be closed to traffic for the time of the race.

The entry fees are the same for all three races.

You get: goodie bag, refreshments on the course and at the finish, finisher medal; entrants can order a technical T-shirt for 300 CZK (up to 31 March 2016)