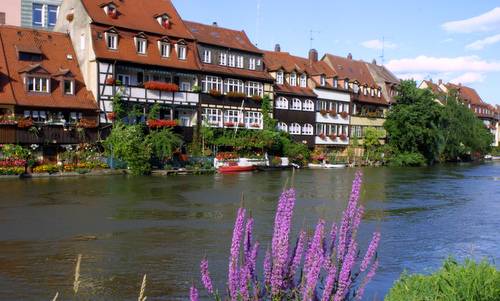 Held once every two years in the town of Bamberg in the Upper Franconia region in Germany's state of Bavaria, the Bamberger Weltkulturerbelauf (‘World Heritage Site Run’) is a hugely popular event that attracts more than 10,000 runners.

All races begin and end in Bamberg's beautifully-preserved historic centre, which is listed as a UNESCO World Heritage Site.

The half marathon features a particularly challenging course. The route is on mixed terrain (asphalt, cobbles, gravel, trails, ...) and it includes about 280m of ascent as it  takes the runners up and down to the medieval Altenburg castle, along the River Rechnitz and the Rhine-Main-Danube Canal, and through the Old Town with its narrow streets and its many magnificent sights.

Registration for the Weltkulturerbelauf 2015 opened on 1 October 2014. All spots for the 10.9km race and for the half marathon were taken within 36 hours.

Entries: online; entries close 20 March 2015 or when the entry limit has been reached