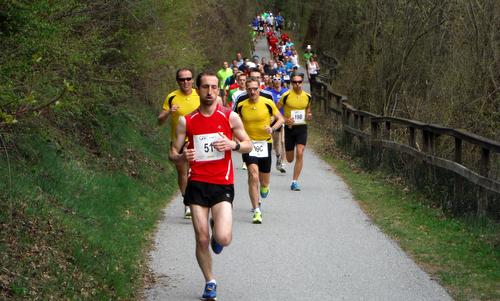 The Geolauf offers a 7.2km run through Villach, a town of 60,000 people, situated in Austria's state of Kärnten (Carinthia), near the borders with Italy and Slovenia.

Starting at the University of Applied Sciences (German: Fachhochschule) in the eastern part of town, the race is run on bikeways along both banks of the River Drau.

The route is, except for two bridges, mostly flat.

The event also features a 7.2km ‘Teamlauf’ for teams of three runners. All three runners must cross the finish line together. 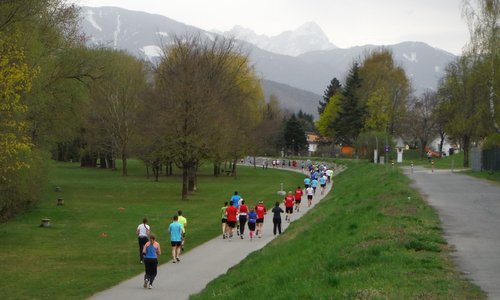 Start and finish: at the FH Kärnten (Fachhochschule Kärnten) in the Technologiepark Villach

Race centre: Technologiepark Villach, Europastrasse 4 (on the day from 12.00)

Entries: online (up to 20 March 2015, 18.00); late entries on the day (up to one hour before the start); reduced entry fees for young athletes and students

Pasta party and award ceremony: at 18.30