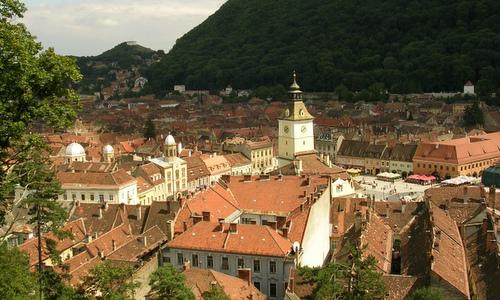 The Maratonul International Brașov is a new event in the Romanian road running calendar, to be held on 14 June 2015 in the city of Brașov, which is better known to Germans as Kronstadt and to Hungarians as Brassó.

Situated at the foot of the Carpathians in the Transylvania region, Brașov is Romania's 7th-largest city with a population of about 250,000.

The 42.2km marathon consists of four laps of a gently-undulating course. Ergo, the half marathon is two laps, and the 10.5km race is one lap.

All races begin and end on Brașov's very beautiful main square in the heart of the Old Town. The route runs through the city centre, around the well-kept Nicolae Titulescu Park, and out-and-back on a wide boulevard to the south-eastern edge of the city.