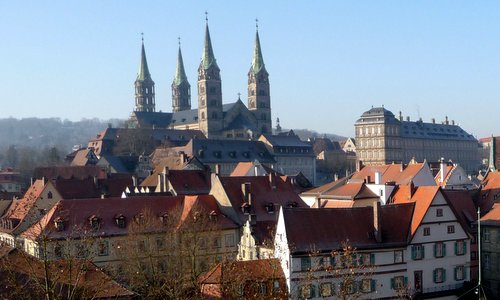 The Kaiserdomlauf in the Bavarian town of Bamberg — a gem of an old town and a UNESCO World Heritage Site — offers a 10k, a 5k, and a 2.5k children's run.

The start and the finish are approximately two kilometres north-west of Bamberg's Cathedral, the "Kaiserdom" (pictured), built on a hill above the beautiful Altstadt.

The races are held on a flat and fast, certified 2.5-kilometre loop course through the district of Gaustadt, which is home to the "Brauerei Kaiserdom", the largest of Bamberg's nine breweries.