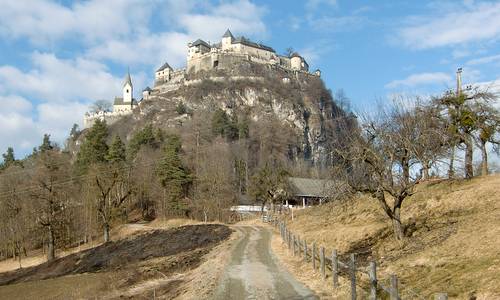 The Hochosterwitzlauf is a small but immensely scenic hill running event in Austria's state of Kärnten (Carinthia).

It takes runners uphill to the impressive Burg Hochosterwitz, a medieval castle that stands dramatically on top of a 175-metre-high rock.

The 8.1-kilometre route includes about 240 metres of elevation gain.

Starting in the village of Launsdorf, participants run on a mix of roads and trails through farmland to the finish line on the castle's central courtyard.

On the way up to the castle they run through a succession of 14 fortified gates!