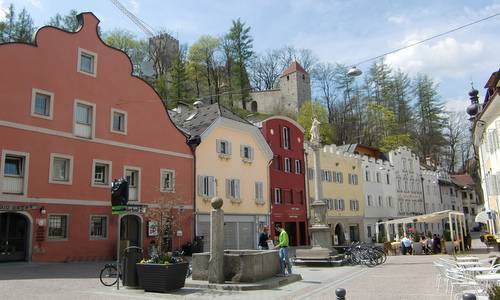 The Kronplatzrun is a very challenging uphill mountain running race in South Tyrol, a largely German-speaking alpine province in the far north of Italy.

Approximately fifteen kilometres of the course are on asphalt and gravel roads, and six kilometres are on trails. The time limit to complete the course is four hours.

Competitors run from the town centre of Bruneck (Italian: Brunico; 835m) to the summit of Kronplatz (Plan de Corones; 2,275m), a mountain with a rounded top, which makes it a popular ski area in winter.

The first three editions of the race were relatively small events with less than 100 finishers but that may change this year. Entry fees have been reduced, the course has been shortened, and the race has moved from June to the beginning of July.