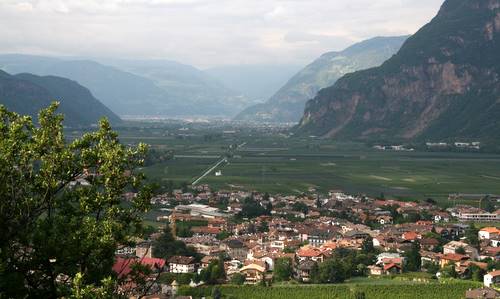 Every year, around 300 runners take part in the Maratonina dei Tre Comuni, a flat and fast half marathon race in Italy's autonomous province of South Tyrol.

The route runs through the extensive apple orchards in the Adige River Valley near the city of Bolzano (Bozen).

The start is in the small town of Laives (Leifers) which is situated about ten kilometres south of Bolzano. The finish line is in the nearby village of Bronzolo (Branzoll).

Over the years, many strong athletes have taken part in the race. Last year, the fastest finishers were Said Boudalia (1:06:36) and Agnes Tschurtschenthaler (1:15:01).

*The entry fees include a €5 deposit for the timing chip (fully refundable) and €1 for charity.