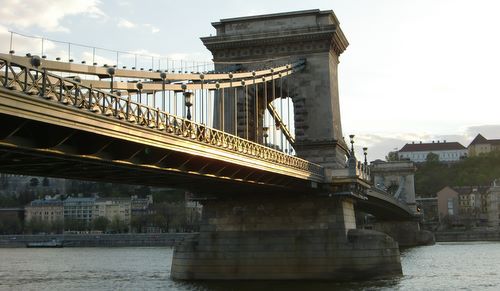 The 5.6km Night Run in Hungary's capital city Budapest is one the many popular running events masterminded by the Budapest Marathon Organization.

The event features lots of music, dance, fun, and a firework display before the start at 9pm. Watch the video provided by the race organizers to get an impression of the atmosphere!

The start and the finish are on the spacious square at the eastern end of the monumental Chain Bridge, which spans the River Danube. Participants run across the bridge, through the tunnel under Castle Hill, along the Danube, and past many beautifully illuminated landmarks of Budapest.

You get: T-shirt, goody bag, drinks at the finish, entry into the prize drawing

Prizes: to the first three men and three women