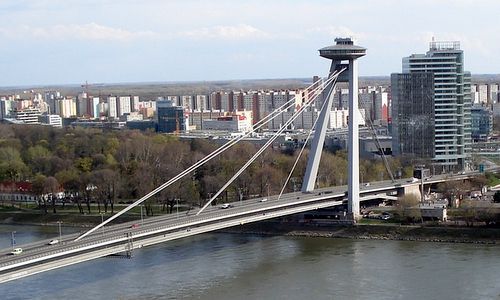 Nový most ("New Bridge") is the fourth of five bridges on the course.

The start is at the University of Economics in the eastern part of Bratislava. The finish is at the Lafranconi Bridge in the western part of the city, close to the border with Austria.

Last year's Silvestrovský beh had around 600 participants. On a wintry day, the winners were Lukáš Barták (36:50) and Jela Furuczová (44:32).

Finish: at the northern end of Lafranconi bridge (Most Lafranconi)

You get: transport of personal clothing to the finish; tea; entry into the post-race prize-drawing

Prizes: to the first 3 men and women 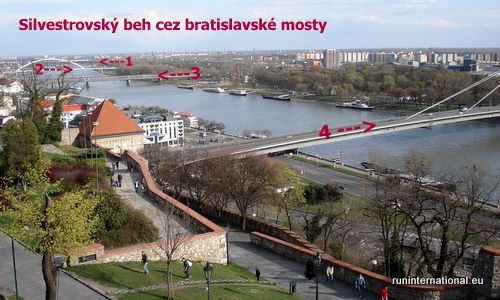